Maybe it doesn’t sound very modest, but men try to talk to me very often. Only yesterday I was approached four times. The problem is that all these men use all the same lines. Only once it was really sweet: I was walking in the Metro with my girlfriend and we were holding hands; there were too many people to walk hand in hand so we parted. And then this boy appeared, he took my hand, waved to my friend, and walked with me chatting about nothing specific. I needed to go but he wouldn’t let go of my hand. It was so sweet. Our conversation didn’t develop into anything meaningful, however, as I was already dating someone. Nevertheless, I would really recommend men to carry on despite being rejected. They are very brave and this pleases girls a lot.
Keep trying despite rejections, but don’t be creepy. Russian women know what they want from men and kindly share a few tips with RBTH readers.

Men have approached me on three separate occasions during the last week I’ve spent in Moscow. Usually, they ask if it’s possible to get to know me better (a standard line in Russia), I say “no” and this is how it ends. Honestly, the first thing a young man should ask is whether the girl has a boyfriend and only then try to catch her attention in one way or another. One thing is clear: If the girl wants to share her number she will, if she doesn’t – no matter what a man does, no matter how creative he is, it won’t help.

The creepiest line I’ve ever heard from a man who apparently wanted to get my phone number was “Nice boobs.”Yet not all men act like this. Sometimes you meet a nice guy and he’s so sweet in his attempts to make you like him. But problems start when a man tries to “buy” a girl by inviting her to a restaurant or a shop – trying to impress her with money. All the magic fades away. When it comes to dating foreigners, I personally think most of them are looking for a quick hookup instead of a meaningful relationship. I don’t like this. A man is supposed to be a man, not a boy. If he wants to succeed, he should be a gentleman. 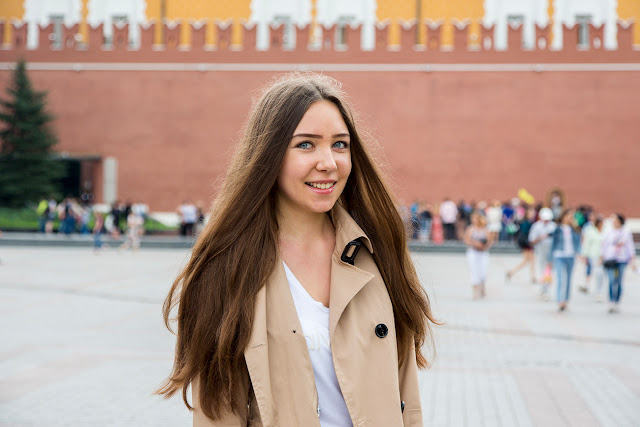 About two weeks ago a boy tried to pick me up. He put a note on my table in MacDonald’s which said “Write down your number.” It wasn’t the most creative attempt so I didn’t share my number. A good example was when a boy left a witty comment under my photo on VK [social network]. We started dating and the relationship has lasted a year so far. Foreigners have never tried to engage us in conversation. Though they definitely should, we don’t mind. I have a girlfriend who dates an American boy. He just came up to her and asked if he could take a picture with her. They have been dating for two years now. 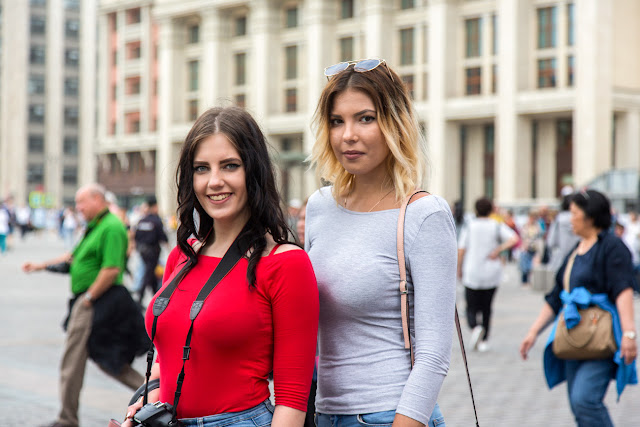 The funniest pickup attempt was when an eight-year-old boy came up to me on a beach; he had an iPhone which was playing a dirty rap song. I laughed and went away. But he kept following me, asking me to give him a chance. I still don’t understand what it could possibly mean to give an eight-year-old boy a chance…

Men try to talk to me quite often. The most memorable time was when a young man held the closing doors of a Metro train so I could enter. He then told me: “For you, I would have held this door forever.” It was very sweet. We didn’t exchange numbers because I already had a boyfriend. Foreigners often smile at me, tell me I’m beautiful, but never go any further. I don’t mind them doing this; especially Italians because they do not conceal their emotions and they are very interesting to talk to.

Once a guy approached me and grabbed my wrist. He and some other guys tried to pull me away. Thankfully, my friends were nearby. They saw what was happening and rushed to me. There was a fight and a couple of guys ended up in hospital. In order to be successful with a girl, a guy should be charismatic. He should exude energy and positivity but in a polite manner. 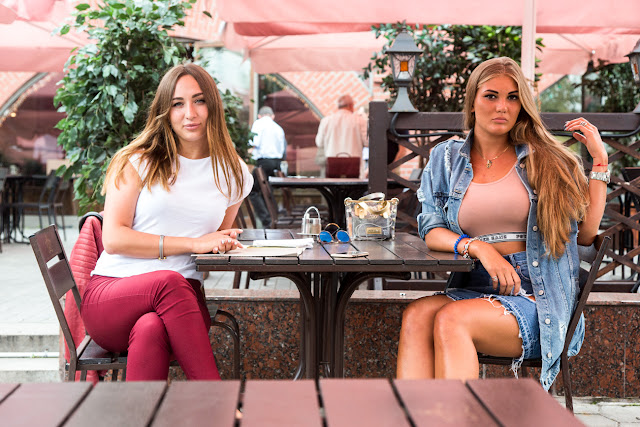 Once a man in his forties approached us in a cafe. He introduced himself as an Arab sheikh living in one of the Baltic States. We were just like “WHAT?!” He spent a lot of time talking about his wealth — his palaces, cars, and other things. But the funniest thing about him was that he was wearing a fake crocodile skin coat. As he offered us drinks, he told us about his extrasensory powers but failed to demonstrate any of those. One of his stories was about his ex-wife. He told us he “sold” her to another sheikh because he was bored of her and because it was a “good deal.” He then proposed to each of us. Needless to say we didn’t want to spend any longer with this man.

Men approach me pretty often. I do not get to know them because I’m married, but they try regardless. Today people are more suspicious of each other. Now it’s really hard to meet someone. It was much less complicated in my youth. I met my husband when I visited my girlfriend’s place; he was dating another girl and at first I felt very uncomfortable when he showed an interest in me. But he was very persistent: He asked my friend to give him my number, then he started calling to try and meet me. If you really like a woman, you need to be persistent. 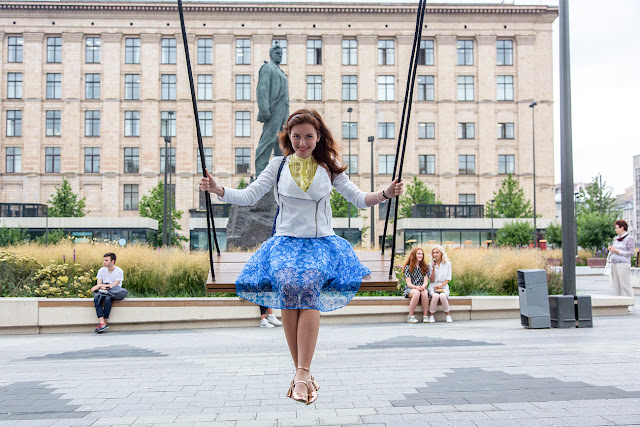 It’s not that often that men approach me on the street. When they do, they often do it the wrong way. To do it right, a man should come up to the woman he likes and tell her honestly that he’s attracted to her. Tell her something like: “You have very kind and beautiful eyes and I would like to get to know you.” Do not try to use various pick up tricks, just ask her out. Be sincere, because women sense it very clearly if you are not being honest with them.