Dwindling sex life, sleeping in different rooms and no longer holding hands are among the common signs the magic has gone
Forget the seven-year itch – the spark actually begins to fade exactly five years and two months into a relationship, a study has found.
Research revealed modern relationships are souring earlier than they used to because life is getting in the way and couples are more likely to take each other for granted sooner than they once did.
The study, which was carried out among 2,000 adults, found a dwindling sex life, sleeping in different rooms and no longer holding hands are among the common signs the magic has gone.
But researchers were able to offer a glimmer of hope – in the shape of tips to help reignite the spark, with a candlelit dinner topping the list.
Other signs your relationship has had its “best days” include no longer cuddling at night, not going out on “dates” and letting yourself go physically.
Nearly four in 10 believe the spark can begin to fade simply because both parties start to take each other for granted.
A further 31 per cent think the daily routine of life starts to chip away at the romance in a relationship, with over half of the nation admitting to sometimes feeling “bored” with their partner.
Six in 10 Brits even admitted they are “resigned” to the spark fading away – claiming it’s inevitable.
And more than one third believe they – and their other half – don’t currently make enough time for one another.
Four in 10 blame long working hours, and one third believe their attention became divided after having kids.
In order to arrest the decline, one in 10 adults have bought sexy underwear to spice things up in the bedroom.
And one fifth felt it necessary to remind their other half how much they cared, just by simply saying, “I love you”.
It also emerged the average Brit has been with their partner for 18 years, and has 1.6 children – down from the traditional 2.4.
Happily, more than 8 in ten respondents said they had at one point been able to get the spark back.
A spokesperson for Bryant and May matches, which commissioned the report, said: “It can be really easy to let the magic of the early stages of a relationship fade away.
“And by the same token, once that initial stage has worn off, it’s often very difficult to bring it back.
“This can lead to people ending up staying in relationships that might not be making them happy, just because they are afraid of breaking up with their partner.” 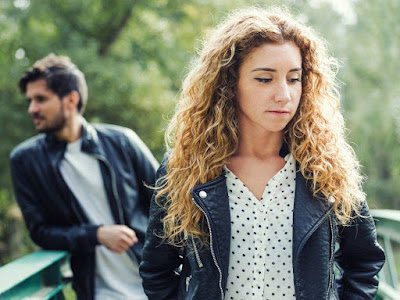 Top 20 signs the spark in your relationship has gone:

Top 20 ways to put the spark back into your relationship:

1.     Listening to each other
2.     Telling them you love them
3.     Booking a weekend away in the middle of nowhere
4.     Kissing more often
5.     Making small, random gestures such as sending flowers or a card for no particular reason
6.     “Spicing things up” in the bedroom
7.     Flirting with each other
8.     Going for a candlelit dinner
9.     Going abroad to a romantic city like Paris or Venice
10.  Putting your phones down
11.  Getting dressed up for your partner such as for an event or dinner
12.  Taking up a hobby together
13.  Cooking together
14.  Looking through a box of memories to remember why you love each other
15.  Going for a spa weekend/day together
16.  Buying new underwear
17.  Trying something new together like an exercise class
18.  Buying a pet together
19.  Deleting social media
20.  Spending more time apart so you enjoy each other’s company more